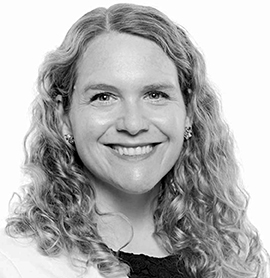 Shiralee Hudson Hill is the new Museum Administrator at Fort York National Historic Site.As I write this in mid January the city’s history museums are again closed. Some staff are once again working from home or being redeployed to more urgent roles, if they’re not at home sick with the ubiquitous Omicron or managing the home work and screen time of their offspring. Or, doing all of it at once. We so look forward to spring!

No one more so than Shiralee Hudson Hill, the new Museum Administrator of Fort York National Historic Site. She took up her new job in November just as the Omicron variant was somewhere being born. Shiralee is a museum professional with two decades of experience. She has worked for Lord Cultural Resources, held positions with the Ontario Science Centre and the National Museum of Ireland, and most recently was Lead Interpretive Planner at the AGO. She’s an expert in the crafting of story and artifact labels.

One of the highlights of Shiralee’s time at the AGO was her award-winning podcast “Into the Anthropocene,” done alongside the stunning exhibition of Ed Burtynsky’s newest photographs in 2018. She has also done some guest lecturing – including at Harvard and OCAD – and is a sessional lecturer in the graduate museology program at the U of T, where she earned her own Master’s in Museum Studies. Welcome to the fort, Shiralee, and keep an eye out for the coyotes!
About the material well-being of the fort, there’s a lot of good news. The termites that attacked the hydro bunker have been defeated and there’s new and better switching gear installed. The long-term work to replace the old cedar shingles on the historic buildings continues; this coming summer will see new roofs on the two blockhouses and the Officers’ Mess, completing the project. And, after years of financial scrounging and multi-party negotiation, more of the Corten steel panels envisioned by the architects of the Visitor Centre are falling into place. The dreadful cheap siding on the Bentway’s ice-skating annex is at last disappearing and heavy earth-movers are restoring the eroded embankment behind it.
The long-suffering park planned for the ancient mouth of Garrison Creek (on that low meadow just east of the Brock bridge) has been given a breath of life. In a rare bit of happy news from Metrolinx, the transit monolith declared it no longer wanted the site for long-term construction staging – but in the meantime the City had re-allocated the money for the park’s construction. There’s a beautiful design by Marc Ryan of PUBLIC WORK for the site ready to go, but it’s all now into another budget cycle.

On the meadow’s eastern edge, meanwhile, the City has approved a 29-storey tower that’s an even mix of affordable and market rental units. Just a few steps from the Fort York library branch, Canoe Landing and two elementary schools, it will be the last tower to go up on the former Railway Lands of CityPlace.

Just over the tracks to the north of Fort York, the old Wellington Destructor has been given a glimpse of a promising future. The City has arranged development of the site with TAS Design Build, the same firm that’s developing the large abattoir site (2 Tecumseth) that envelops it. “Mixed use” understates the imagination they’ve applied to the formidable heritage structure; look for a comprehensive account in a coming F&D.

Finally, readers will recall the Liberty Village Timeline and the nonsense engraved in stone and embedded in the two parkettes along Liberty Street. Arranged by the Liberty Village BIA and the City’s liaison office, the historical timeline was thought to have been vetted by the City’s historian … but, no. Of the 19 snippets of history engraved in the stones, about half a dozen are largely imaginary and a few are just wrong: for the First World War, for example, it’s claimed that most of the neighbourhood’s factories were producing “armaments, weapons and bombs” (no, they weren’t). The City’s BIA office is on the hook to fix these but, despite asking, they’ve not been heard from. Nor have we heard from the BIA itself. We’ll keep asking. /bk